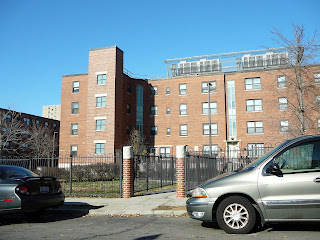 In 1936, the Cincinnati Metropolitan Housing Authority started to clear a 16-block area to build Laurel Homes. Laurel Homes was completed in 1938 and was the nation’s second largest housing project funded by the Public Works Administration. Laurel Homes was also one of the first racially integrated public housing units in the country. The housing project was designed by architect Frederick W. Garber and consisted of 25 brick apartment buildings - each 4-stories tall. The buildings took up the area between Ezzard Charles, Linn, Liberty, and John Streets.

Between 2000 and 2002 all but three of the buildings were demolished to make way for the City West project. City West was a project of the Hope VI grant from U.S. Department of Housing and Urban Development, which was used to create mixed income townhouses on the area. Today, the only surviving structures from Laurel Homes can be found on the corner of Linn and Liberty Streets.

Laurel Homes is on the National Register of Historic Places.
Posted by grif at 11:08 PM