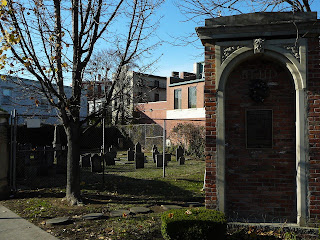 Located in the Betts-Longworth Historic District, it is also known as the Old Jewish Cemetery. In1821, Benjamin Lieb requested from his deathbed that he be buried as a Jew. Two of the six practicing Jews in Cincinnati purchased the plot of land from Nicholas Longworth for $75 and Lieb was the first burial at the cemetery. Burials stopped in 1849 after the cemetery filled due to the cholera epidemic. A gate and brick wall was added in 1873.