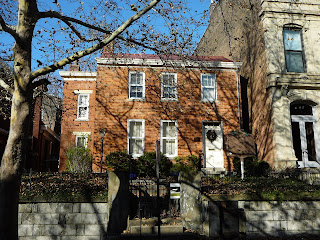 The Betts House was built in 1804 and is the oldest home in Cincinnati and the oldest brick building in the state of Ohio. This Federal style home is located in the Betts-Longworth district for which the district is named after in part. The home was built by William Betts, a brick maker who made his way from New Jersey to Pennsylvania before he and his family finally settled in Cincinnati. At the time the house was built, it was in a rural area of Cincinnati and William Betts owned 111 acres around the home. The home originally started as a two-bedroom, two-story home and over time additions were built on the home doubling it in size.

William Betts passed away in 1815 and in 1833, 100 acres were subdivided and sold at auction with the remaining 11 acres left with the family. The city grew up and around the Betts home and in 1988 after years of neglect, the great-great-granddaughter of William Betts purchased and renovated the home. In 1994, The National Society of The Colonial Dames of America in the State of Ohio received ownership of the home and converted it into a museum with the mission of showcasing building techniques throughout the history of Cincinnati.