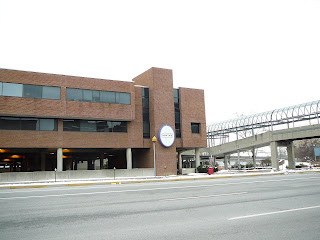 Built in 1976, the Crosley Telecommunications Center is named after Powel Crosley Jr., an entrepreneur and broadcast pioneer. This building is the home of WCET, the first licensed public television station in the United States and prior to moving here in 1976, operated from Music Hall. The center is also home to public radio stations WGUC, a classical music station and WVXU, a NPR station as well as a variety of programming. The Gray Wireless Communications Museum is also located in the Crosley Communications Center. Named after Jack Gray, a collector and wireless communications engineer, the museum has on display artifacts from the early days of wireless communications.