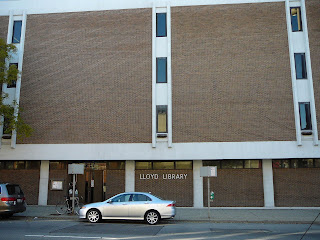 The Lloyd Library contains an extensive collection of books and materials on pharmacy, medicine, botany, as well as natural and scientific history. The library was created by the brothers John, Ashley, and Curtis Lloyd who ran their own pharmacy business called Lloyd Brothers Pharmaceutical Company. The library started with two books that John Lloyd brought with him to Cincinnati in 1864 and today the library has over 200,000 books in its collection. To ensure the existence of the library, a trust was established in 1919. The Lloyd Library is one of the largest pharmaceutical libraries in the United States.

The current library was built in 1971 on the same spot that the original library once stood. It has over 30,000 square feet of space. Along with being a library, it is also a museum that contains pharmaceutical artifacts and the original bottles that were once used by the Lloyd’s for the medicines they created. The library also hosts art and special exhibits throughout the year.