Over The Rhine Brewery District 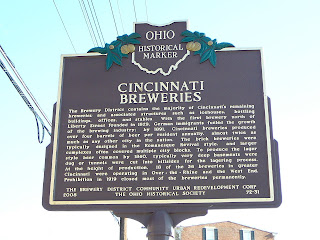 In the mid-19th century Cincinnati was settled by German immigrants who fled from their homeland to find a better way of life. These immigrants brought with them their religious beliefs, cultures, customs, language, and a great tradition of brewing. At this time, Over The Rhine became a predominately German neighborhood. By the end of the 19th century, the Over The Rhine neighborhood was home to many German businesses, churches, and beer gardens and it was at this time that Over The Rhine became one of the largest areas for the brewing and distribution of beer in the country brewing twice as much beer than any other area in the nation.

Over The Rhine was home to many great breweries like Jackson Brewery, John Kauffman Brewing Company, J. G. John & Sons Brewery, Red Top, Schoenling, Hudepohl, Christian Moerlein, and Clyffside (shown below). Many of these breweries operated up until prohibition in 1919 and at the end of prohibition in 1933, only a few started brewing again. By the middle of the 20th century, the once proud brewing tradition in Over The Rhine ceased to exist. 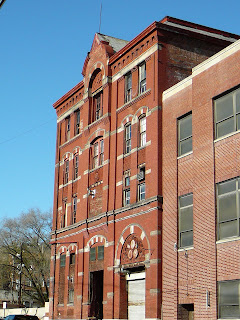 The Over The Rhine Brewery District is roughly located in and around the area of Liberty Street, Central Avenue, and McMicken Avenue. While some of the buildings once used by these great breweries no longer exist, there are still a few remaining. In the area you can still find these great brewing facilities, ice houses, and tunnels that were used in the process of making beer. Many of these great structures were built in a Romanesque Revival style which was a style influenced by many of the German structures back home as well as a few Queen Anne style buildings. The buildings were built mainly out of brick and many of the facilities stretched for blocks.

Today, several breweries have returned to the Over The Rhine area and have started brewing once again. Companies like Samuel Adams Boston Lager Company have moved into the area and long time brewer Christian Moerlein is once again brewing in the neighborhood where they started back in 1853.

The non-profit Over The Rhine Brewery District Community Urban Redevelopment Corporation is very active in preserving developing the area which once held these great breweries. The organization sponsors events like the Prohibition Resistance Tour, Bockfest, The Findlay Market Biergarten, and starting this year the Summer Walking Tour. The organization has recently announced plans for redevelopment and investment in the Brewery District.