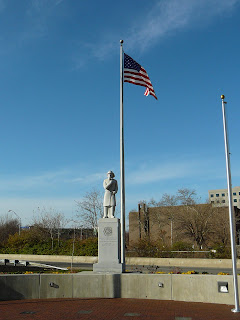 The memorial and park has undergone a recent renovation with personal pavers surrounding the statue as well as flowerbeds that form the shape of a firefighter’s badge. Each year there is a memorial service on the Wednesday during Fire Prevention week in October at noon.