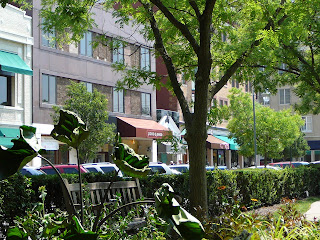 Established in 1892, the Hyde Park neighborhood was the creation of Charles & John Kilgour, James E. Mooney, Albert S. Berry, Wallace Burch, Simeon Johnson, John Zumstein, and Thomas B. Youtsey. All real estate investors in the area and became known as the Mornington Syndicate and the area was first known as Mornington. This group of developers established the area for the wealthy of Cincinnati and modeled the neighborhood after the well established Hyde Park in New York and Mornington was changed to Hyde Park. Hyde Park was annexed by the city of Cincinnati in 1903. 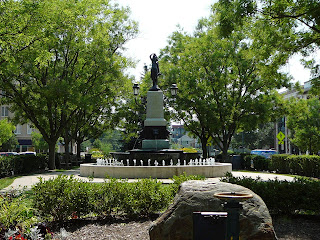 In the center of the neighborhood is Hyde Park Square – one of the oldest shopping areas in Cincinnati. The square has many unique specialty shops, art galleries, and restaurants. In the center of the square is a small park which is managed by the park board and the centerpiece of the park is the Kilgour Fountain, which was donated to the people of Hyde Park by Charles Kilgour in 1900. The fountain was created by sculptor Joseph Cronin of Cincinnati and later restored by Eleftherios Karkadoulias, who has also restored the Tyler-Davidson Fountain on Fountain Square.

Through-out the year there are many activities on the square such as a farmers market, the Hyde Park Blast – a run and bike race, and the Hyde Park Square Art Show which is one of the largest one day art shows in the city.