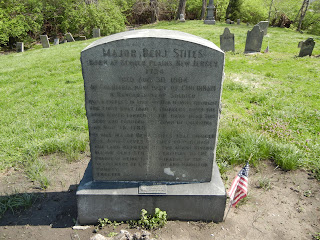 In 1788, Major Benjamin Stites and his group of 26 men and women traveled by boat down the Ohio River and settled near the mouth of the Little Miami River and created the settlement of Columbia. Stites, who purchased 20,000 acres of land, set out to Ohio to create a great city and it was Stites who convinced Colonel John Cleves Symmes to purchase the land that would become the city of Cincinnati.

Many of the original pioneers of this area are buried here including Major Benjamin Stites as well as William Brown, a Revolutionary War soldier who is one of three soldiers who were awarded the Badge of Military Merit, the predecessor of the Purple Heart from George Washington. Also buried here is Rachel Kibby who was Benjamin Stites’ daughter and the first non-Native American child to set foot in the area. 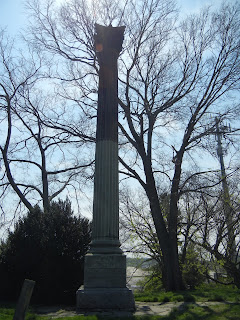 The cemetery also contains a large column inscribed with the names of the original pioneers and stands as a tribute to those who came before us. The cemetery is located across from Lunken Airport.