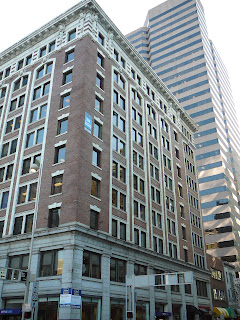 This 11-story building was built in 1909 and was the home of Provident Savings Bank & Trust Company, which later was called Provident Bank. It is a Renaissance Revival style building designed by architects Hake & Kuck who also designed the Cincinnati Bell Building and Cincinnati Masonic Center. The building is designated a local historic landmark.