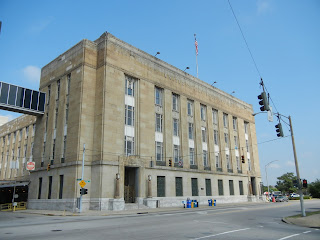 The main branch of the United States Post Office was originally in the Potter Stewart United States Courthouse building, which was built in 1939 and a post office was located on that site since 1874. The post office eventually moved to the Dalton Avenue location that was primarily a mailing annex used for mail distribution.

The post office on Dalton Avenue was designed by Samuel Hannaford & Sons and opened in 1933. The interior features ornate light fixtures, bronze doors, and marble wainscoting. The exterior is an Art Deco style built with sandstone and granite with granite eagles above the main entrance. The post office even has a tunnel between it and Union Terminal to handle mail that arrived by train.