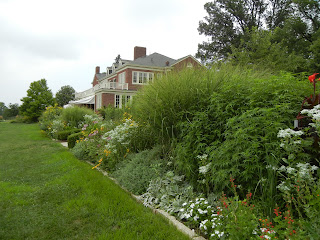 Herbert Greer French willed this 275-acre park to the city of Cincinnati in 1943.  The land once was a Native American trail. John Cleves Symmes purchased the land from the United States Congress.  Located in the park is the French House, which was built in 1805.  The home has a large outdoor terrace with beautiful flower gardens surrounding it.  The home can be rented for private events.  Near the home is a caretaker’s cottage, which is used by the Cincinnati Art Academy for teaching.

The park contains hiking trails that wind through the hilly and wooded terrain.  There are meadows and creeks in the park as well as a distant view of Cincinnati.  A playground and picnic shelter can be found here as well. 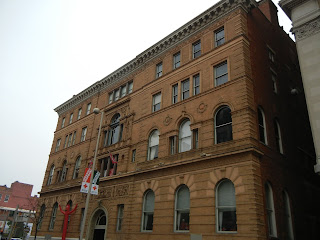 Designed by Samuel Hannaford, this Italian Renaissance building was built in 1893 as The Phoenix Club, an organization for Jewish Businessmen. The building features a white marble staircase and Tiffany glass imported from Germany. In 1911 the building was purchased by the Cincinnati Club and was used as a sports annex. A lap pool and bowling alley were installed in the basement and the second floor had a billiards room. The Cincinnati Club closed the annex in 1983 and by 1988 it was restored to its original form and opened as a restaurant. Today it is known as The Phoenix and can be booked for private events, banquets, and weddings. 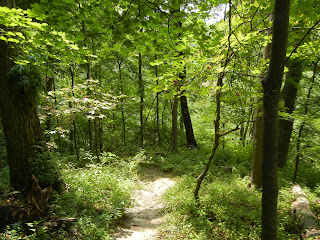 California Woods Nature Preserve contains 113 acres of forest and a 1-acre prairie area. There are over 50 different types of trees and over 200 types of plants along with a variety of wildlife in the park. Several trails run through the heavily wooded area and the prairie and Lick Run Creek runs through the park as well. The park also has a modern style nature center that was built in 1938 by Hubert M. Garriott & John W. Becker and was originally used as a pool house. It was later used as a day camp and then converted into the nature center. In the 1990’s, the pool that was once in the park was filled in and now serves as the parking lot. The preserve is a great place for hikers and animal lovers alike. 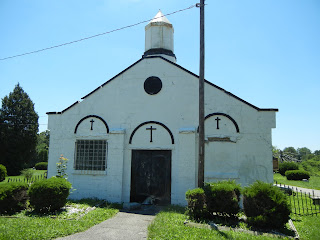 Founded in 1864 by the Union Baptist Church, it is the oldest Baptist African-American cemetery in the city. Over 150 veterans of the United States Colored Troops are interred here as well as notable figures in Cincinnati history. 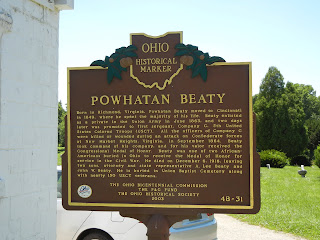 One of the most notable figures is Powhatan Beaty who served in the Black Brigade and was a Sergeant in the Union Army’s 5th Infantry Regiment during the Civil War. Beaty received the Medal of Honor for taking command of his company after the officers were either killed or injured in battle. After the war ended, Beaty was an actor and perhaps his most famous performance was at Ford’s Theater in Washington D.C. His son A. Lee Beaty went on to become an Ohio Legislator and assistant U.S. District Attorney.

The cemetery is also the burial place for Honorable George W. Hayes, a former slave and the first African-American court crier in Hamilton County. Hayes also served three terms in the Ohio General Assembly and Hayes Elementary School is named after him.

Union Baptist Cemetery is also the final resting spot for “Tiny” Bradshaw, an R&B singer known best for the song, “The Train Kept A-Rollin”, Jack Pfiester, a pitcher who played for the Pittsburgh Pirates and Chicago Cubs, and Reverend David LeRoy Nickens, the first African American licensed minister in Ohio and the first minister of the Union Baptist Church.

Union Baptist Cemetery is on the National Register of Historic Places. 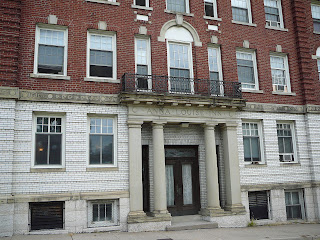 Cincinnati Union Bethel is an organization that has provided community services since 1830 starting as an organization providing religious services to those who worked the river. Charles Phelps Taft and his wife were strong supporters of the organization and donated the land and funding to construct the 120-room building as a residence for single women. The 5-story building designed by architects Garber & Woodward is named after Anna Louise Taft Semple, the daughter of Mr. & Mrs. Charles P. Taft and opened its doors in 1909.