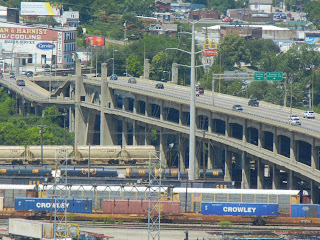 Built between 1930 and 1932, Western Hills Viaduct spans the Mill Creek Valley and the Queensgate Rail Yard.  The viaduct is 3,500 feet in length and features two arches at either end of the bridge, which resemble the Art Deco style of that period.  It is a double-decked structure and upon its construction, the upper deck was used for automobile and pedestrian traffic with the lower deck used for streetcar and trucks.  From end to end, the viaduct connects Harrison and State Avenues to the west and Spring Grove and Central Parkway to the east.  With the dismantling of the earlier streetcar system, the tracks were removed in the 1950’s and in 1961 the eastern portion of the viaduct was reconstructed to access Interstate 75 with both decks carrying automobile traffic.  The viaduct was rehabbed in 1977.  Today it is unclear as to whether the viaduct will undergo reconstruction or demolition. 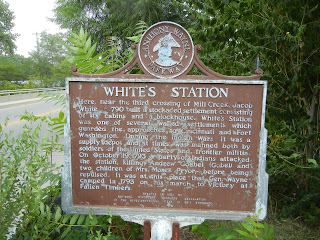 Location: Anthony Wayne Avenue near Mill Creek (across from the Hamilton County Fairgrounds), Carthage
Posted by grif at 10:30 PM 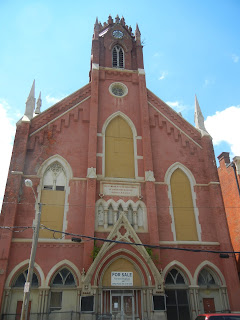 This church was part of Cincinnati’s oldest German congregation dating back to 1814 when it started as The German Evangelical and Reformed Church.  It was a church for German immigrants in Cincinnati and included both Protestants and Catholics since there was no Catholic Church in the city at the time.  The first church building was built in 1824 on Arch Street and this red brick Gothic style building on the corner of 12th and Elm Street was constructed in 1867 and the church changed its name to the St. John Protestant Church.  With the outbreak of World War I and at the height of anti-German hysteria the church stopped holding services in German.  In 1924 the church became St. John Unitarian Church.  In 1946 the congregation left this church and moved to Clifton and in 1960 built a new church on Resor Avenue.  In 1950 the church became the home of Apostolic Bethlehem Temple Church until the congregation moved to a new facility on Hamilton Avenue.  Missing the tall steeple it once had the church now lay empty waiting for a new life.
Posted by grif at 10:50 PM

Email ThisBlogThis!Share to TwitterShare to FacebookShare to Pinterest
Labels: Over The Rhine, Places of Worship

Big Pig Gig: Do Re Wee

The Big Pig Gig is back for the summer of 2012 and it is the first since 2000.  This ArtWorks project brings together local artists to design their pigs for display around the area.  This event was created specially for the World Choir Games.  The following are just a few of the pigs that you will find around town.  For more information, visit the ArtWorks – Big Pig Gig site. 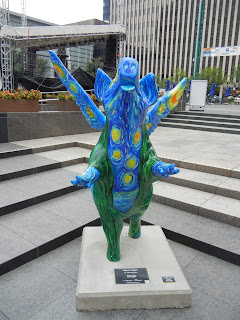 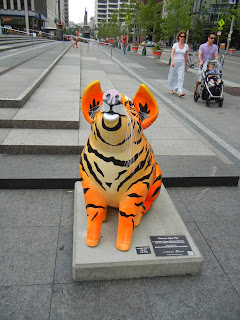 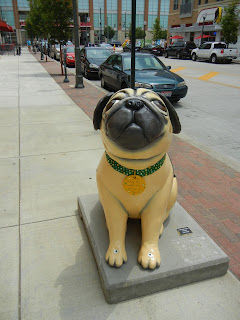 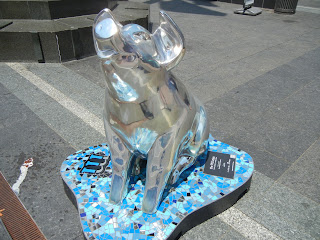 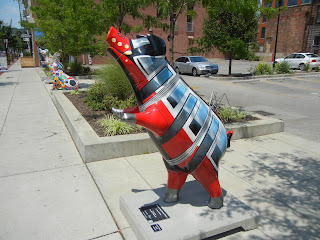 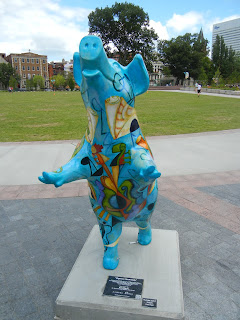 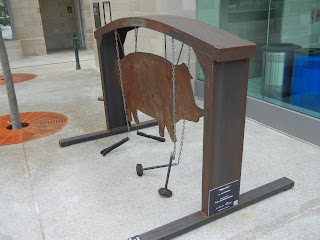 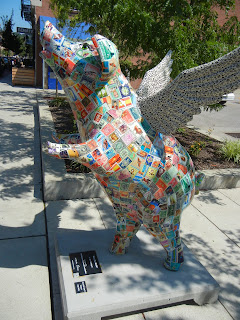 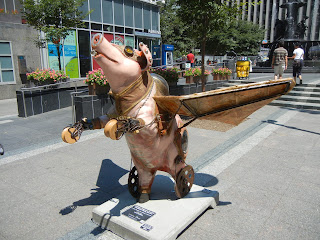 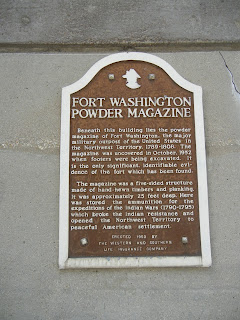 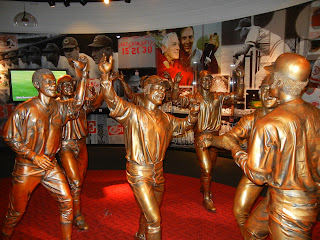 Located just outside of Great American Ball Park, the museum is dedicated to the oldest professional baseball team.  The Hall of Fame and Museum tells the history of the Cincinnati Reds from the formation of the ball club in 1869 to the present.  Inside you will find memorabilia and trophies from their World Series victories in 1919, 1940, The Big Red Machine of 1975 and 1976, and the 1990 champions.  There is a Hall of Records that includes a 50-foot-high "wall of balls" containing 4,256 balls – the number of hits by Pete Rose.  A large window overlooks the “Rose” garden with 4,192 roses and one white rose marking the exact spot where the record breaking hit landed at the former Riverfront Stadium.  The Hall of Fame gallery is dedicated to the great players from the team like Johnny Bench, Frank Robinson, Joe Morgan, Tony Perez, Edd Roush, Barry Larking, Eric Davis, Ted Kluszewski, George Foster, and many more.  The museum features jerseys from past players, photos, and videos as well as many interactive features and special exhibits. 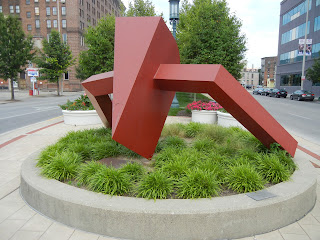 This abstract steel sculpture was created by French sculptor Jean Boutellis in 1980 and donated to the city by the Robert Taft family.  The sculpture is poised on three “leg like” prongs and is often referred to as “Cootie” because of similarities to the board game character.  It was originally installed in 1983 in front of City Hall but because of complaints from pedestrians that it was in the way, it was moved in 1984 to its current location in the middle of Central Parkway where Central Parkway meets Plum Street.
Posted by grif at 11:11 PM 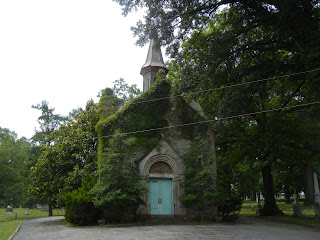 The German Evangelical Reform Churches of St. Peter and St. Paul created the cemetery with land purchased by Samuel West in 1849 and was called the German Evangelical Protestant Cemetery.  The chapel was built in 1850 and designed by George and August Brink and is on the National Register of Historic Places.  In 1941, it became the Vine Street Hill Cemetery.  One of the most notable burials in the cemetery is August Hermann – a local politician, owner of the Cincinnati Reds, and chairman of the National Commission for the National League who died in 1931.