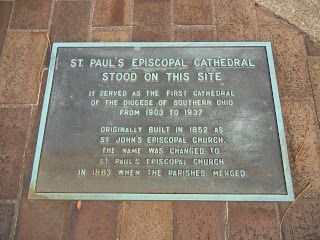 A photo of the cathedral can be found here.

Location: Southeast corner of Seventh and Plum Streets.
Posted by grif at 10:06 AM 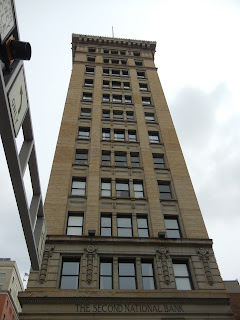 Located on the corner of Ninth and Main Street, the Second National Bank building was built in 1908 and designed by architects George S. Werner and John S. Adkins who also designed buildings such as the Cincinnati Athletic Club.  This 13 story Neoclassical building is made of concrete The interior was designed by Charles A. Pedretti.  Today the building serves as offices. 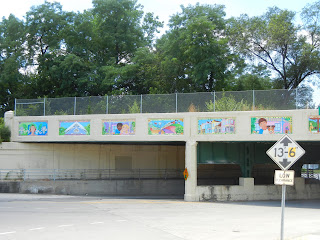 Completed in 2010 by ArtWorks, the mural consists of eight panels located on a train overpass at Delta and Eastern Avenues.  This colorful mural depicts the scenery and life in Columbia Tusculum and features the painted lady homes, hills, the Ohio River, and the residents of the neighborhood.
Posted by grif at 10:40 PM 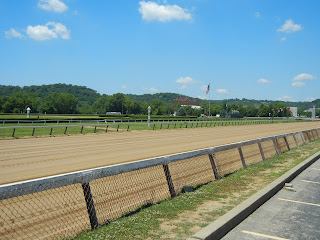 Located along the Ohio River next to Coney Island and Riverbend Music Center is River Downs.  The track opened in 1925 as the Coney Island racetrack.  Following the flood of 1937 the track reopened as River Downs.  In 1988 the open-air grandstand was rebuilt to resemble the original grandstand from 1925 and seats approximately 8,500.  There is a one-mile long oval dirt track with two chutes and a 7-furlong turf course as well as 1,350 stables.

River Downs has seen many racing champions run its tracks like a few appearances from the famed Seabiscuit as well as champions Black Gold, Crusader, Harlan’s Holiday and Spend A Buck.  Many famous jockeys have run the track as well like Larry Snyder, James Graham John McKee, Rafael Bejarano, and Triple Crown winner Steve Cauthen who got his start at River Downs.

Live racing runs from April through Labor Day with simulcast racing throughout the year.

Plans are underway to tear down the grandstand and build a new race and casino complex by 2014.

Email ThisBlogThis!Share to TwitterShare to FacebookShare to Pinterest
Labels: California 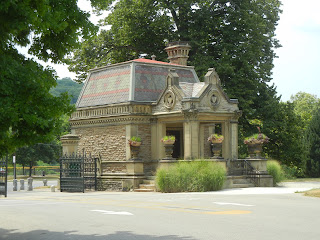 Gate House at the entrance to Spring Grove.


With the cholera epidemic of the 1830’s and 1840’s the smaller cemeteries around the city became overcrowded and there was a need for a larger cemetery with room for expansion.  In 1844, members of the Cincinnati Horticultural Society formed a cemetery association and went out looking for a location for a cemetery that was close to the city but with enough room for growth.  The plan was to create a cemetery that was a serene and respectful place for burial.  The cemetery was to be modeled after cemeteries like Père Lachaise Cemetery in Paris.  With the help of attorney Salmon P. Chase who lobbied for the charter and special legislation, Spring Grove Cemetery was formed in 1845 with the first burial that same year. 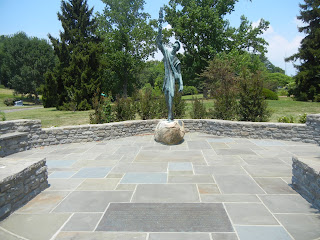 Landscape architect Howard Daniels was commissioned for the design of Spring Grove and in 1855 landscape architect Adolph Strauch was hired to renovate the grounds.  It was at Spring Grove where Adolph Strauch developed the “landscape-lawn plan”.  The plan emphasizes the land as a whole instead of individual features giving the area a more park like setting.  A single prominent monument with similar individual stones was encouraged in order to promote a more unified look and ponds were placed around the property to drain what was once marshy land.  The cemetery features many interesting tombstones, statues, memorials, and mausoleums as well as a large collection of obelisks, which mark individual family plots.  The winding roads and stone bridges add to the beauty of the land around it. 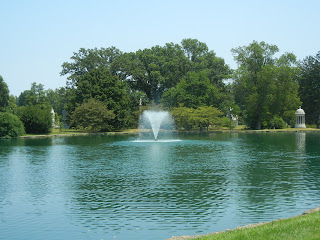 Willow Water Lake with the McCook memorial in the background (on right).

In 1987 the name was changed to Spring Grove Cemetery and Arboretum.  Spring Grove contains a large collection of native and exotic plants as well as many state and national championship trees.

Spring Grove totals 733 acres with 450 acres currently maintained and is a National Historic Landmark.  Tours of the grounds and events are held throughout the year. 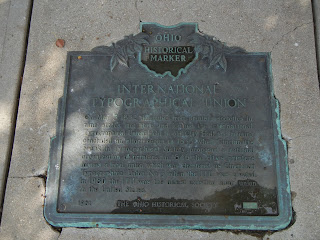 Location: Plum Street in front of Cincinnati City Hall
Posted by grif at 9:25 AM 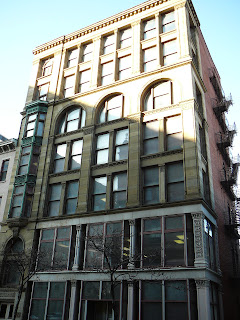 Built in 1893 and designed by George W. Rapp, the Goodall building is a Renaissance Revival building made of brick, sandstone, and iron.  The 7-story building features oriel windows above the main entrance.  It was built for William Goodall, a businessman who sold stone, granite, and marble.  Goodall did not run his business from here but instead rented it to other businesses.  The building is on the National Register of Historic Places and is considered a good example of commercial Second Renaissance Revival architecture.

In the summer of 2012 the Taft Museum of Art partnered with various organizations in the area and placed 80 framed reproductions of paintings from the museum in public spaces around the area.  The Art for All project celebrates the Taft Museum’s 80th Anniversary and brings the works of art from the museum to the public.  The following are just a few of the paintings that can be found around the area. 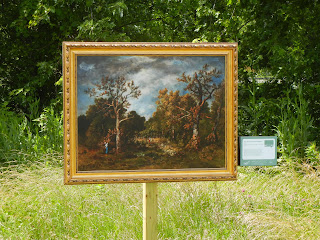 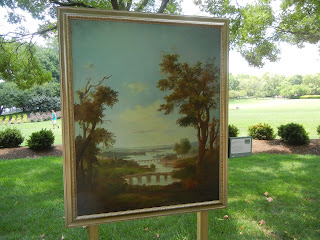 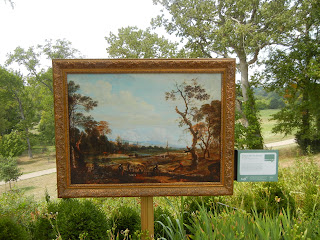 Location: Northwest corner of Third and Vine Street.
Posted by grif at 9:49 PM