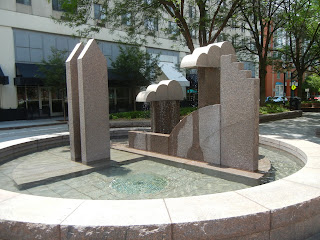 Establish in 1817, Piatt Park is Cincinnati’s oldest park.  Brothers John and Abram Piatt donated the land to the city.  The park stretches along Eighth Street from Elm to Vine Street – an area more commonly known as Garfield Place.  The park is flanked by the William Henry Harrison statue along Elm Street and the James A. Garfield statue along Vine Street.  Along Race Street are two granite fountains created by local artist Stuart Fink.  The fountains were dedicated in 1989 and the carved granite shapes represent the symbols for water, air, and land.  In between trees, benches, and a walkway line the park. 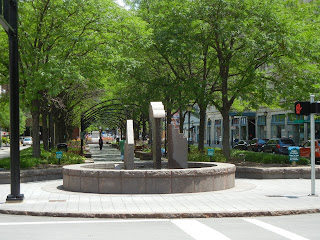