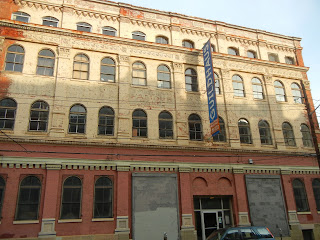 John Kauffman got his start in 1844 working at his uncle’s Franklin Brewery on Lebanon Pike (now Reading Road).  The brewery moved to Vine Street in 1845 when it became the Vine Street Brewery.  The brewery expands its operations and construction began in 1859 and the name of the brewery is changed to Kauffman and Company.  In 1882 the brewery is incorporated and the name is changed to the John Kauffman Brewing Company.  The brewery operates under this name until it closes due to Prohibition.  At its peak, the Kauffman Brewery was the fourth largest in Cincinnati and imported beer all across the country. 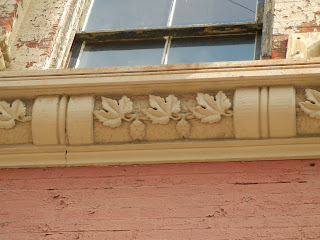 The Kauffman Brewery building is still standing at 1622 Vine Street and is now known as the Guildhaus apartments.  Underneath the building is a lagering tunnel that stretches to what is now the new Christian Moerlein Brewery.
Posted by grif at 10:42 PM